Parkwood Photodynamic Therapies has over 17 years of experience in treating arthritis and other musculo-skeletal conditions. We always offer free consultations during which we determine the nature and extent of your problems, and provide an appropriate treatment recommendation. 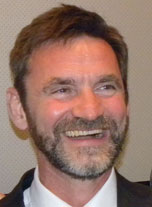 Jeffrey Szostek has worked as a Registered Massage Therapist since 1996, licensed under the Drugless Practitioners Act of Ontario. He graduated with Honours from the Canadian College of Massage and Hydrotherapy. Since 1996 he focussed on holistic, therapeutic treatment of acute traumatic injuries and chronic pain. He also spent several years teaching physiology, anatomy and neurology at the college level. In 2011, he was introduced to BioFlex Laser Therapy by his own family physician and quickly recognized the potential of the treatment. Since that time he has focused primarily on the photodynamic therapies with the use of the low intensity lasers of different spectrums of light. He is actively certified by Meditech International and has contributed in the development of laser treatments applications for Master Class Training. In October 2016 he also underwent intensive training in Germany regarding the use of more invasive, intra-articular, intravenous and interstitial application of lasers. His successful applications of the research, knowledge and technologies brought the healing art to the new level and allowed for great expansion of the choices offered to suffering patients. 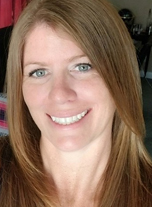 Sarah Elliott is a registered Kinesiologist licensed under the Regulated Health Professions Act of Ontario. She graduated in 2007 with a Bachelor’s Degree in Kinesiology from the University of Calgary. She also holds a Bachelor’s of Education from the University of Toronto. Sarah has an extensive background in sports and sport rehabilitation. In 2012, Sarah became a certified Laser Technician with Meditech International, she also hold an international Ondamed certificate and has since been practicing those therapies at Parkwood Photodynamic Therapies. 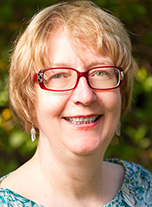 I have worked at the Oshawa Clinic as a family physician since 1984. I first heard of laser therapy in 2012 and was very impressed with the robust science involved in this technology. It really recruits the body’s own mechanisms for healing. I have been observing the benefits of this therapy since that time. Now that we have the possibility of doing more invasive therapies (intra-articular, interstitial and intravenous) the time has come for me to become more actively involved in this clinic. I am very pleased to work with Mr. Szostek in this new, safe and effective technology. 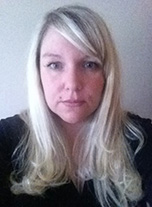 Jody Reid has been practicing as a Medical Laboratory Technician for last 20 years. Her expertise ranges from pediatric to geriatric venipuncture. She deals on the daily bases with all genders and age of patients. She is currently employed at Lakeridge Health Oshawa. She is providing services, but not exclusively, for the emergency and oncology departments. Jody has a genuine passion for patient care.